Brandon Drucker is located in South Florida.   As an Outsider Artist his unique Naif style is a favorite among collectors. His art began at a very young age with the use of colored pencils, and has emerged into acrylics on canvas.  He became a professional artist at 18 and currently has a studio/gallery located in Pompano Beach, Florida. His art is always very lively with color and is often imaginary animals and places or inspirations and can be described as fauvism whimsical. His art is often a multitude of images and fragmented unfiltered thoughts trapped in his mind with no linear connection. Brandon also likes to enrich his vocabulary in other languages. He taught himself Spanish and has invented several of his own languages that has been created into his artistic series; The Combo Languages.

Brandon's art is  created on popular merchandise items such as coffee mugs, Beach Towels, and totebags . For more merchandise and a collection of artprints, visit his print on demand servicer. 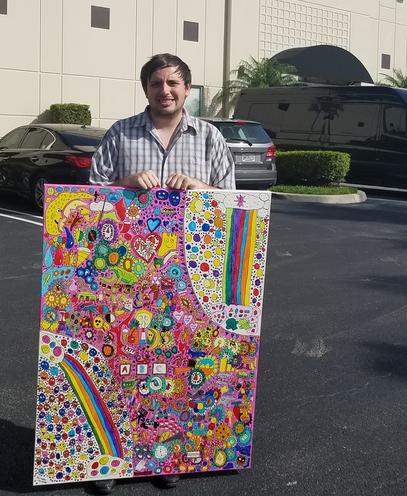 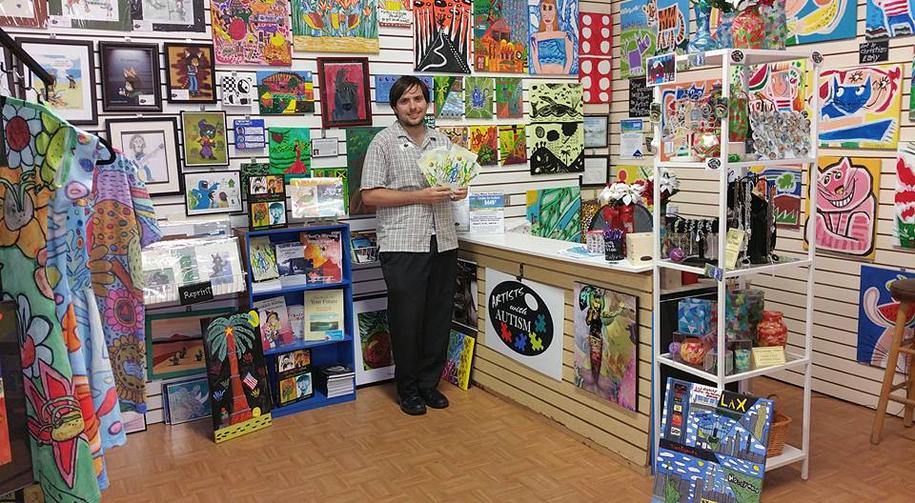